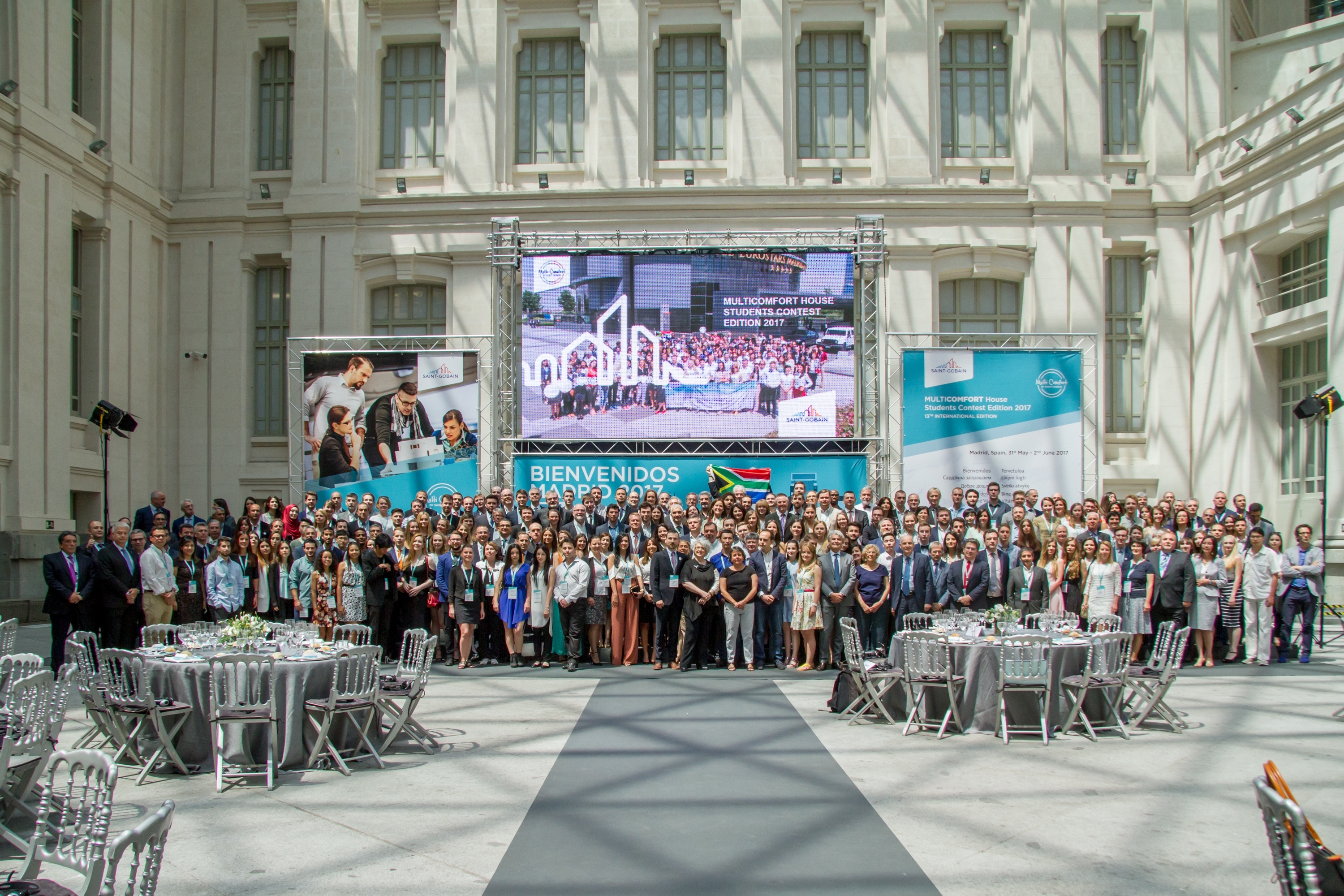 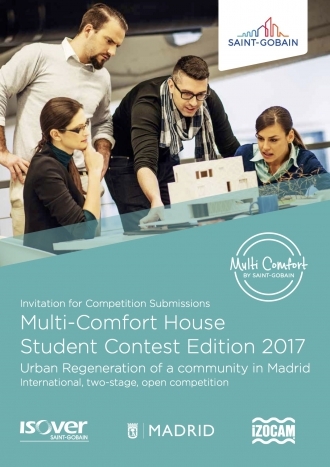 As the world is becoming increasingly urban and cities are becoming larger and more densely populated thus increasing our energy consumption as well as the CO2 emission actions are required.

Overall, cialis the building sector is responsible for 40% of the total energy consumption and CO2 emissions in the world demanding a new way of designing each new project and each new renovation.

A substantial share of the stock in Europe is older than 50 years with many buildings in use today that are more than 100 years old.

More than 40% of our residential buildings have been constructed before the 1960s when energy building regulations were very limited.

Reacting to this situation, treatment more and more local authorities from all over the world are putting in place programs and actions for the rehabilitation of this construction focusing in improving the comfort of the inhabitants as well as the energy performance of these buildings.

It is also the case of Madrid authorities that have launched a new program: MAD-RE: MADRID RECOVER

.The task for 13th International Edition of Saint-Gobain Student Contest developed by ISOVER in close collaboration with Department of Architecture of Municipality of Madrid is the Urban Regeneration of a community within the perimeter of Gran San Blas area of Madrid.

The participants will have to create a sustainable architecture integrated into the urban space while responding to MAD-RE and Saint-Gobain MULTI COMFORT Criteria and taking into account the climatic conditions and regional context of Madrid.

Beside constructional, the social and economic aspects also have to be considered and respected and the proposed solution should give a new impulse in the existing urban area.

The overall scope of the task is to have constructive approach to renovation and to get actively involved in giving shape to future renovation of European cities. 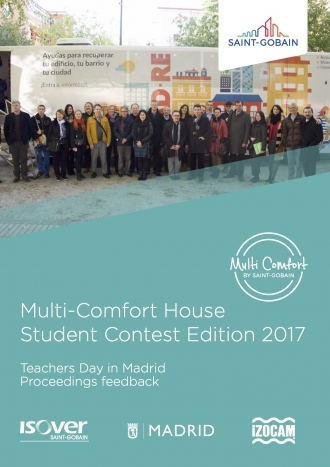 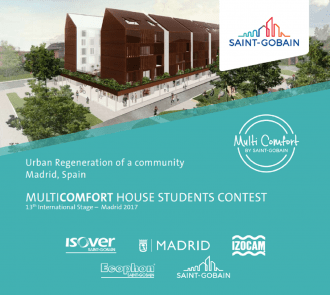 The award-winning project, by Aiva Dorbe and Laura Kalnina, designs a green belt around two blocks with different exploitation of sunlight.

Saint-Gobain has delivered today the prizes of the Multi Comfort House Competition for Student of Architecture, an international meeting that this year has taken place in Madrid and reached its 13th edition. More than 100 Schools of Architecture and Building Sciences have participated from 30 countries. The event, which was held at the Crystal Gallery-Palacio de Cibeles, has been attended by about 250 people, including students, teachers, architects and authorities

Mayor of Madrid City Council, Manuela Carmena; The President-General of Saint-Gobain, Pierre-André de Chalendar, and the Delegate General of Saint-Gobain for the Mediterranean Region, Gianni Scotti and the French ambassador in Spain, Yves Saint-Geours, were present at the awarding ceremony.

The delegate general of Saint-Gobain of the Mediterranean thanked the work done to integrate the rehabilitation strategies in force in Madrid. Saint-Gobain's president and CEO stressed that sustainability is "at the heart of the Group's strategy" and stressed Saint-Gobain's priority to "listen to our customers and respond to their current needs in anticipation of the future."

The event ended with the intervention of the Mayor of Madrid, who emphasized his importance with these words: "In this contest the professional careers of many architects have been measured to make better cities and a better world. They have demonstrated a clear commitment to sustainability".

This initiative, which has been coordinated by the Isolation activity of Saint-Gobain, Isover, has the collaboration of the Sustainable Urban Development Area of the Madrid City Council and the San Blas Area. The participants have designed their projects for the urban regeneration of a community within the perimeter of the Gran San Blas area of Madrid, following the Multi Comfort House criterion of Saint-Gobain. That is, taking into account that it is sustainable (including environmental, economic and social factors), that provides high thermal comfort, offering excellent acoustic comfort, visual comfort, indoor air quality, and fire and safety protection. In addition, they have also had to respect the MAD-RE (Madrid Recupera) plan established by the Town Planning Area of the Madrid City Council. 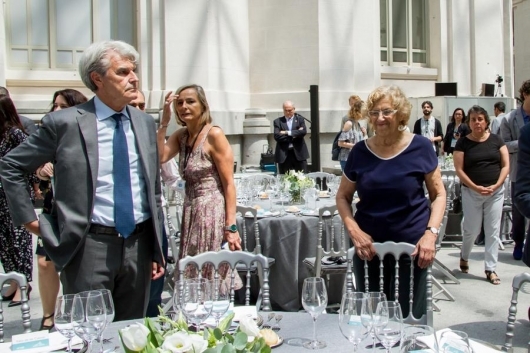 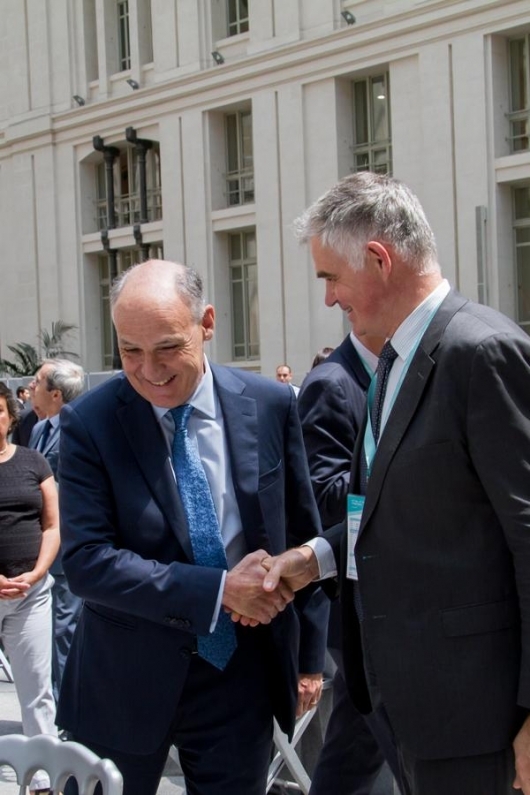 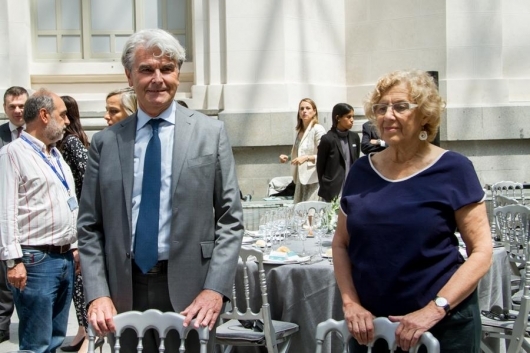 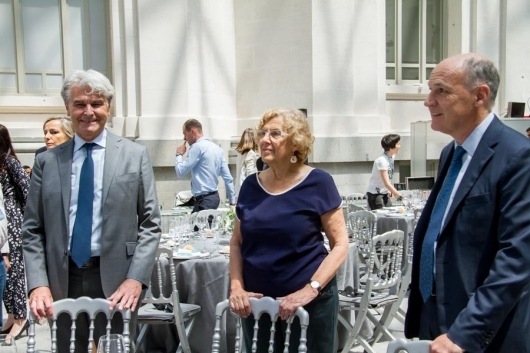 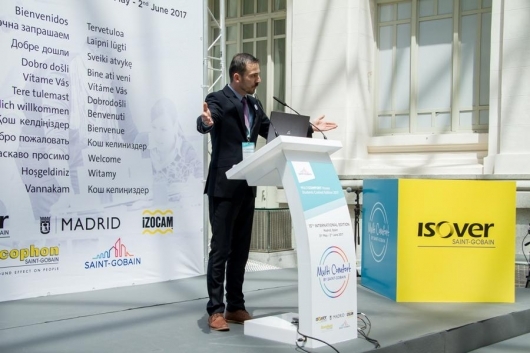 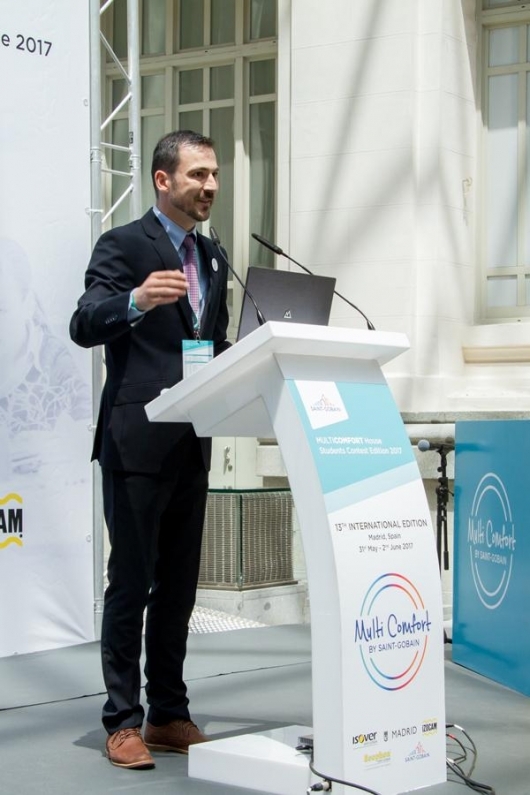 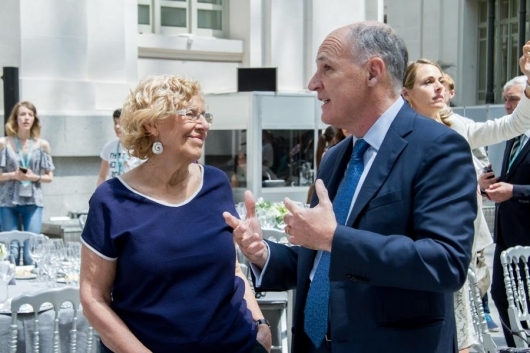 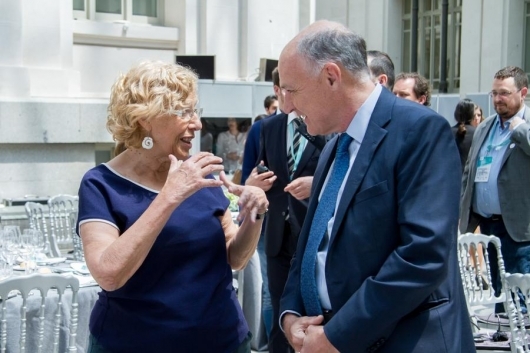 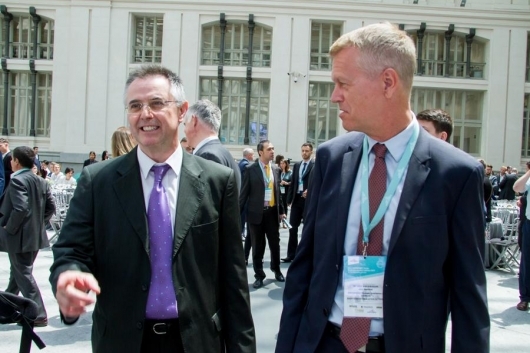